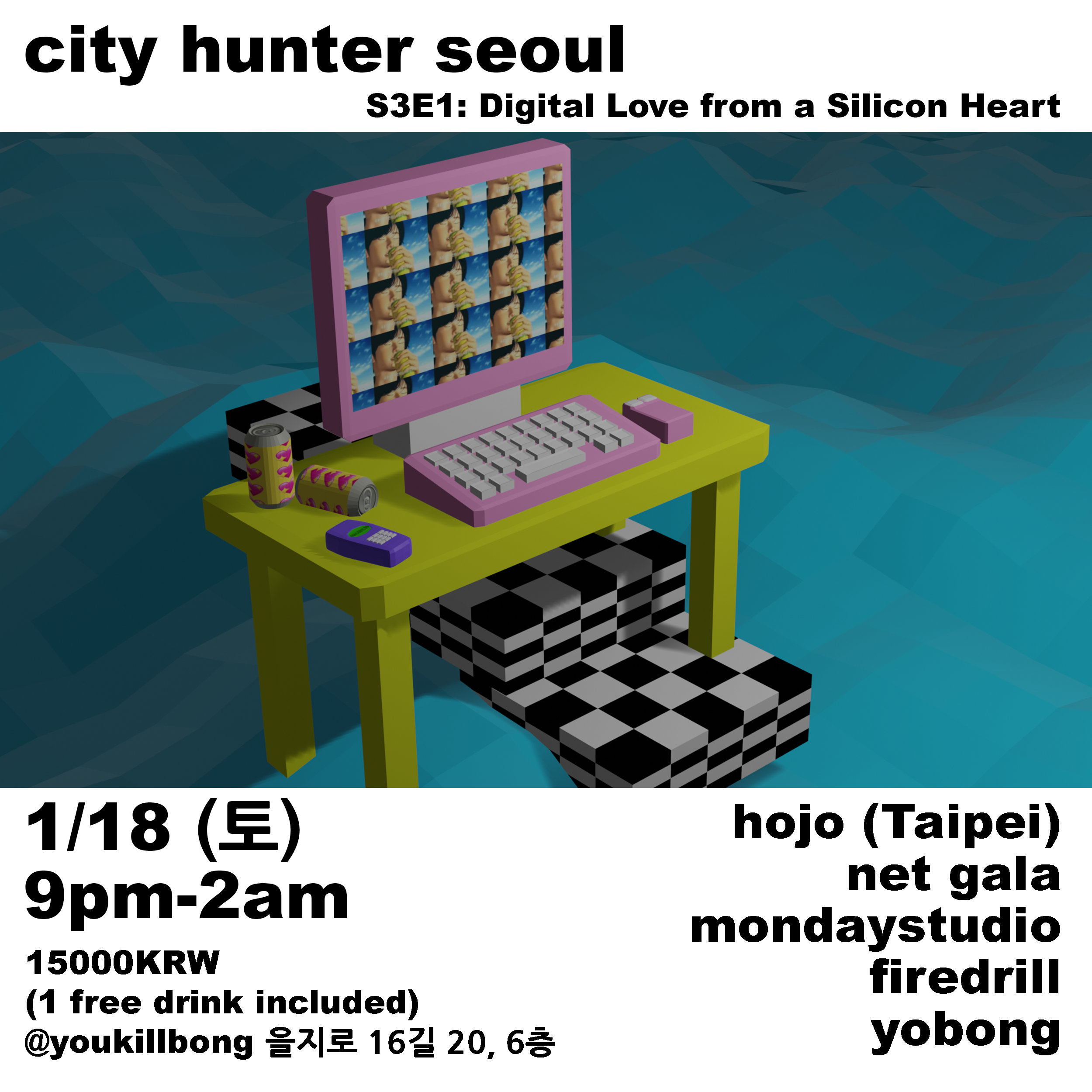 Five DJ warriors are coming to hunt this city!

City Hunter, which has been running from Seattle to Tokyo to Seoul, is having the first party of 2020!
Over the main genre of citypop, other genres such as AOR, fusion, trot/punchak, 80s/90s/2000s/ and more. Enjoy the upbeat, yet-ending New Year's cheer!

Mondaystudio, who gained worldwide attention through Korea’s first BOILER ROOM event, is an Internet/subculture-based underground dance music producer and DJ. Also, he is working as Korea’s first Any Song DJ while doing subculture DJing through Internet streaming such as Korea, Japan and Twitch.⠀

NET GALA is a music producer and DJ, NET GALA is best known for their work in the Seoul underground scene for Shade Seoul, taking part in DJing, promotion and visualization. The unconventional selection and inspiration goes from retro Korean pop to emotional R&B, and underground electronic music from all parts of the country.⠀

Co-founder of the first city hunter events in Seattle, ⠀
Hojo runs CUSTOMS and does shows in Taipei. ⠀
Hojo's DJ sets reflect his enthusiasm and dedication to underground music with cutting-edge selections, head-spinning mixing, and an energy that swings from smooth to hi-NRG in effortless fashion.⠀

It plays a variety of music such as uk garage, jersey club, juke/footwork, pops and disco. ⠀⠀
I used to be active in Seattle, Tokyo, and now I am active in Seoul.⠀
I am currently running Internet radio, label Datafruits.⠀

Although Yobong is a media artist, he also acts as a DJ and VJ in the wake of the season. He plays mainly trip-hop and electronica, but makes very fluid selections to reflect specificity according to mood, place and situation. He especially likes analog sensibility, and enjoys cassette tape DJing.